Originally from Atlantic City, NJ, PIO Rebekah Mena has returned to her roots after heading to the Capitol and having some once in a lifetime comms experiences. We spoke to Rebekah about being a solo PIO, an historical inauguration and devastating insurrection - and how it has shaped her career so far.

Give us a rundown of your day to day communication activities

My position is a bit unique in the fact that I handle social media management, media relations, website management, and community outreach efforts for the City of Atlantic City, NJ while also supporting the Executive Office of Mayor Marty Small, Sr. Part of my role is to also handle communication efforts and media relations for the mayor. Some days that means I’m attending meetings or events with Mayor Small to take pictures and gather information for new releases and other days I’m in the office working on social content for the City accounts.

The hardest part of my current job is that I’m a one-person communications shop. There are so many great things happening in Atlantic City but when it comes to promoting or sharing those initiatives, as one person, there’s only so much I can do. It’s really forced me to prioritize my to-do list. I focus on the initiatives or tasks that are critical and keep the other items on my “nice to have/do list” for whenever I have some extra time.

As a whole, the hardest part about being a PIO is that most organizations lack the buy-in for the position. It’s more common than you think to find leaders and organizations who don’t understand the value of a PIO and it makes it really hard to get a seat at the table. Over the years, I’ve gotten much better at making a seat at the table for myself – even if it’s because I elbowed my way in!

What is the most satisfying thing about your job?

Atlantic City is my community – I grew up in the beach town next to Atlantic City and graduated from Atlantic City High School. This role provides me with the opportunity to serve the community that helped make me who I am and ensure we keep moving in the right direction.

What’s one of your career goals?

I want to help re-establish the public’s trust in government communications. As a PIO, it kills me to hear people say, “I don’t trust the government.” I look back at the communication from the previous president and his administration, and it infuriates me. We literally watched communicators lie from the podium in the press briefing room, which is so unacceptable. I say all of that because my goal is to join the communications team at the White House. I want to help our nation’s leaders provide the American people with clear, transparent, and reliable communication.

This role provides me with the opportunity to serve the community that helped make me who I am and ensure we keep moving in the right direction.

What do you like about working in the public sector that you don’t think you’d get from working comms in another industry?

Working in the public sector has made me think more creatively and really settle into the outside of the box mentality. This is mainly because in the public sector, there’s often little to no dollars budgeted for the communications team. While it can certainly be frustrating at time – like really frustrating – I look it as something that makes me a stronger PIO. I may have to work a bit harder and think a bit more creatively, but I’m still able to get the job done with limited financial resources.

What would you say is the biggest misconception about being a PIO in local government?

That we sit on “The Twitter” all day or that our jobs are so easy. It’s frustrating when people try to diminish you and your work by saying you just sit on social media all day. 1) Social media managers have a hard job. 2) As a one-person PIO team, I do social media AND about 32 other things. I may make the job look fun or easy, but it’s far from easy.

The domestic terrorist attack that occurred at the Capitol that day is something I’ll never forget. That day happened so quickly and so slowly, all at the same time. It was the first time I felt scared at work and probably the most chaotic 72 hours of my career

What would be a memorable moment in your career that you would never have got anywhere else?

The 59th Presidential Inauguration was the highlight of my career thus far. During the inauguration, I took a break from my role in the Joint Information Center (JIC) to go down to the National Mall to see the Field of Flags. The display consisted of 200,000+ flags, which represented the people that couldn’t attend the Inauguration due to the pandemic and heightened security and public health measures. I was taking pictures in the middle of one of the rows of flags, when the Inaugural fireworks display started. It was the most surreal experience, to be standing in the middle of that display and looking up at the fireworks with the Washington Monument a few hundred feet away from me in the background. That is an experience I could not have received anywhere else in the world. I had goosebumps then and have goosebumps talking about it now!

The most memorable moment in my career was the January 6 insurrection at the Capitol – and I, obviously, don’t mean that in a positive or happy way. The domestic terrorist attack that occurred at the Capitol that day is something I’ll never forget. That day happened so quickly and so slowly, all at the same time. It was the first time I felt scared at work and probably the most chaotic 72 hours of my career thus far. I’m grateful for the dedicated law enforcement officials who defended our democracy that day and proud to have played a small, small role in the communication efforts in the District of Columbia following one of the worst events imaginable.

Are there any books, podcasts, websites or any other resources you would recommend for the comms pro?

I’ve really enjoyed reading “Managing the President’s Message: The White House Communications Operations” by Martha Joynt Kumar. For podcasts, definitely check out my friend Robert Tornabene’s podcast, “The PIO Podcast.” I had the pleasure of joining the podcast for episode #2 when I was working in DC!

Trust me, you need and want one! The PIO is there to help you think through the hard questions, prepare for media interviews, ensure your message is getting to your community, and so much more. As an elected official or leader of an organization, people turn to you for policy and executive-level decisions. Having a PIO to help you with your organization’s communications strategy will give you more time to focus on those decisions!

Share one of the most valuable lessons you have learnt so far as a PIO.

Every PIO makes mistakes, we’re human after all. The important thing is that you correct it as best as you can and that you then take the time to process it and learn from it so that you don’t make it again.

What would you tell someone about your job or where you work that they would be surprised about?

My position is brand new! The City of Atlantic City and the Executive Office of the Mayor have never had a dedicated communications professional on staff. This is a huge, exciting step forward for the City and I’m so grateful to have been chosen to get this position started. While it’s been scary, challenging, and fun all at the same time, I’m looking forward to building the communications shop from the ground up. I have big visions for this place!

You can connect with Rebekah on LinkedIn here.

END_OF_DOCUMENT_TOKEN_TO_BE_REPLACED

Why professional training is vital for every Public Information Officer 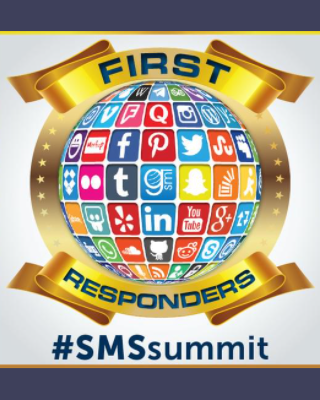