How to make it feel like a comms emergency never happened

The best lessons that are learnt are usually those that were tough at the time. There is no shame in admitting you have made mistakes because that’s the first step in being able to make sure they don’t happen again.

In communications it’s often easy, looking outside in, to criticize or lay blame after the event. There are plenty of couch-communicators who are happy to share what you could have or should have done on social media.

As with anything that has a major impact on public trust, everyone has an opinion and there are many who say how they would have done it differently. What very few have, however, is the benefit of context.

Thankfully, those who know, do understand that crisis and emergency communications is a hugely complicated area with more twists and turns than an episode of Murder, She Wrote.

If you've had the fortunate experience of handling high profile and wide impact events it may not have seemed it at the time.  What you probably didn't realize is that if you've gone through the process of being faced with unpredictable challenges both as an individual and as a team, then you've had the best learning experience that no classroom or online learning session would have ever truly prepared you for.

Managing emergencies as part of a small - or solo - team

The learning curve in the first few years of managing emergencies is almost overwhelmingly steep and littered with head-in-hands moments, but this is where your key learning took place so you can attempt to do it differently, if not better, next time.

We are often asked for one piece of key advice by colleagues and clients alike on how to manage an emergency as a comms professional in a small team.

It comes up time again because there are, by and large, significantly more smaller media teams in the public sector than there are large and while things often work well on a day to day basis, it’s the inevitable emergency that stretches resources, resilience and patience to the limits.

‍Prepare well then prepare some more

Prepare as if the very worst that could happen is going to happen to you at any minute.

Don’t be complacent about it and never, ever assume that because nothing much happens where you are that it won’t.

You'll find that at the very least, letting your imagination run wild could help you make reasonable preparations to be ready. Think about a completely outrageous incident that could happen (hello, 2020?).

Life is so very unpredictable, but your response doesn’t have to be.

Many seasoned communicators have no doubt lost count of the number of times they've been surprised about the type of things that have happened because life is so very unpredictable, but your response doesn’t have to be.

If it doesn’t happen, it’s still a fun exercise to work as a team to see how you would respond. It’s worth asking if there is anything you can do that will save time and circumnavigate the inevitable politics of multi-agency working. Things like:

Work hard behind the scenes

Think of it as something like preparing for the Olympics. Many, many years go into a sprinter training to win gold. No one sees the hard work but you can be sure that sprinter will be judged on their performance in just a handful of seconds. What they do behind the scenes is what makes them perform to the best of their ability when it counts.

Take the time out to work on your comms team winning gold - it’s worth it and you know you’ve done your job properly if it feels like nothing really happened.

END_OF_DOCUMENT_TOKEN_TO_BE_REPLACED 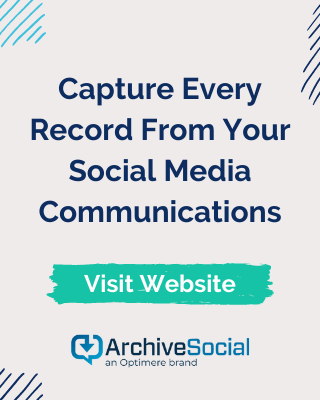